Nick Howell, has been involved with TVs for over 5 years (since 2007). Nick has an amazing flair with customer service and getting the job done right the first time. Nick's successes has scored himself the role as company training manager for all new franchisees.

A face to face interview with Nick Howell By Danielle Read:- July 2017

Nick has been a member of the TV Magic family for as long as we can remember! When Nick's not installing antennas and designing your home theatres in Brisbane, he's jet setting away! Today Nick is setting off for Sydney with Shane for a free TV Magic Information night! Find out more about Nick as part of our Technicians Spotlight series below

So Nick, what were you doing before TV Magic?

I was a mechanic in Toowoomba

Now Mr Howell, how long have you been with TV Magic?

And what is your favourite job to do?

Probably TV wall mounting or media rooms. The finished product and the look on our customer's face when we are all done is so rewarding.

Ok, and what would youy say Nick Howell's favourite TV show would be?

Ok, now can  you tell us something that not many people know about you?

I can lift lots of weight! Does that count (laughs)?

Great, what about your favourite experience with a customer?

One from yesterday was when a company had pulled out on a job where the customer wanted to have their entertainment room set up and I was able to go by and get it all going for them so they could have the TV up and running before the weekend. I re-mounted their speakers, wall mounted their TV and tuned it all in for them which was pretty cool.

Describe your average day at work in three words. 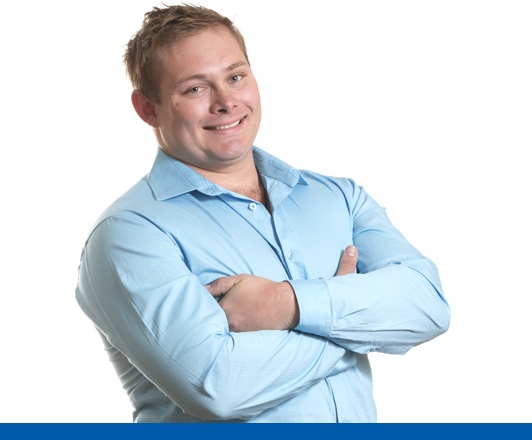 Franchisee of the Year 2013